Matt served on the Mississippi Law Journal and has received several awards in the field of bankruptcy. Matt is an Eagle Scout and currently serves as an officer in the New Albany Kiwanis Club and President of the Union County Ole Miss Alumni Club. He and his wife Jennifer (J.J.) have three children and are active in First United Methodist Church in New Albany.

UNIVERSITY OF MISSISSIPPI SCHOOL OF LAW 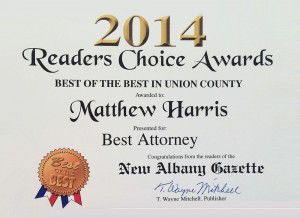 Memphis Society of Association Executives – Elected to 1996 Board of Directors

Memphis Lumberman’s Club – Elected to 1996 Board of Directors

Member of New Albany School District Board of Trustees

Past Trustee of the New Albany School District